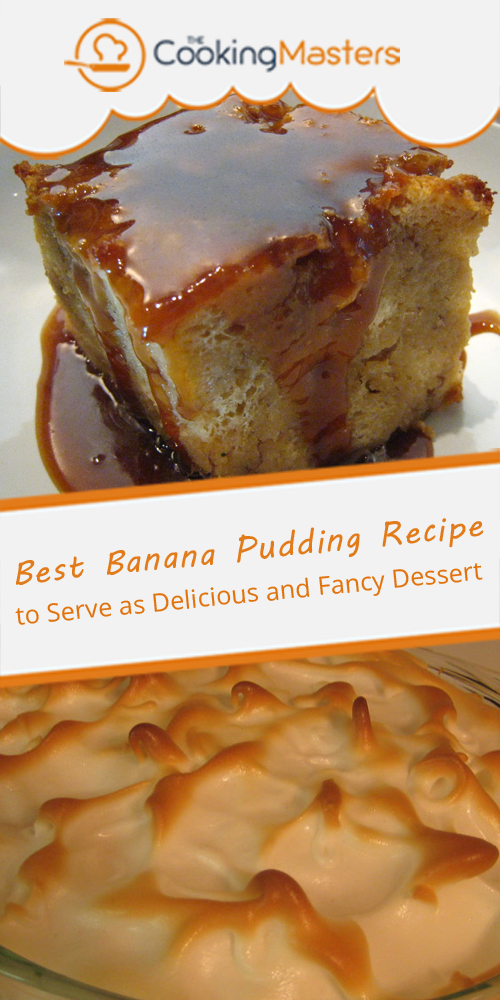 The best banana pudding recipe is great for dessert lovers. Banana pudding is creamy and soft. It is served cold and very delicious indeed to end a series of meal. That’s why people love eating this delicate dessert. If you have the plan to host a dinner party, a fancy dessert like banana pudding served in pretty glass is surely a great choice to impress the guests.

Even though the dish seems fancy and elaborate, it does not mean that making the pudding will be such a difficult task. Actually, it does not take a long time to make, and it is surely very easy to whip it up in the kitchen. Here is the best banana pudding recipe you can make.

Well, the recipe is very easy indeed. You can also be creative and replace the ingredients for layering according to your preference. The whipped cream can be substituted with anything you like, including softened cream cheese or even chocolate mousse. If you do not like cream on the dessert, simply leave it out.

Moreover, the wafer can also be replaced by ladyfingers or graham crackers. If you do not like crunchy texture on dessert, simply replace the wafer with something soft and moist, like sponge cake. It is all up to you to adjust the best banana pudding recipe above to match your personal taste.