Chicken Corn Chowder Recipes as a Perfect Soup for Dinner 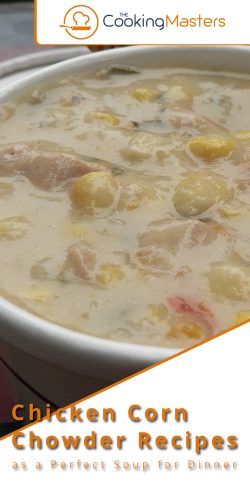 If you are confused in deciding what to cook for dinner, just try this chicken corn chowder. With chicken, bacon, and heavy cream as its main ingredients, you will be able to taste creamy and delicious soup with short preparation time. In total, this soup can be done in 50 minutes. For more, it can be served for 6 people. Here are the ingredients and instructions.

Cooking the soup longer is not the only way to get it thick. The amount of flour also affects the soup. Therefore, if you do not like thick soup, you just need to lower the amount. Using 3 tbsp flour is enough. For more, the low sodium chicken broth is also highly recommended to be used in chicken corn chowder recipe for people who are sensitive to salt.

Chicken Caesar Salad to Satisfy Your Mouth and Belly