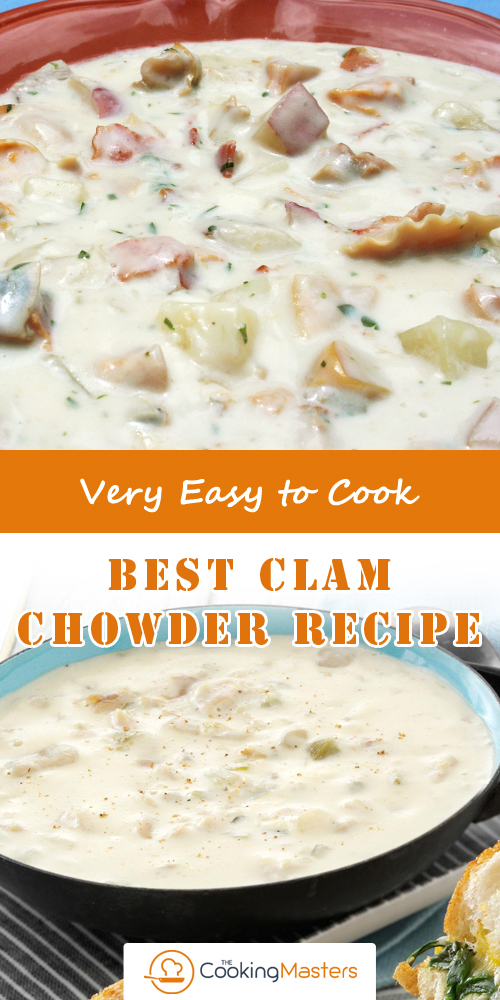 A Few Things about Clam Chowder

For those who are not still familiar with clam chowder or you are a beginner in the cooking world, a chowder is a rich and thick soup. The name chowder comes from the French word chaudière that is a name for a cauldron which is used to make stews by the fishermen or from jowter which is another Old English word for a fish peddler. If other rich and thick soups are made by pureed all of the ingredients, the chowder is uniquely served with their ingredients are still chunky. Historically, the ingredients that are included in the chowder are salt pork and ship’s biscuits. Nowadays, you can enjoy many kinds of chowder besides the clam chowder such as corn chowder, fish chowder, lobster chowder, gator chowder, mussel chowder, crab chowder, shrimp chowder, and salmon chowder.

How to Make The Best Clam Chowder

Now, the secret in making the best clam chowder recipe is by steaming those fresh clams by yourself. Steaming the clams by yourself is easier than you think and definitely worth the effort. Speaking about clam chowder, some so many people love to eat clam chowder as it exists in many areas, coast to coast from Maine to Massachusetts to Alaska to Washington and everywhere else. Of course, everyone has their own favorite clam chowder. However, we can assure you that this recipe will be your favorite.

How to Steam Fresh Clams

If this is your first time in steaming clams, you need to know how you do it:

What are the most important elements that need to exist in the best clam chowder recipe? The thickness and richness of the chowder.

The Best Tuna Salad Recipe in the World...

Best Grilled Salmon Recipe Ever that Will Top-Notch...